Andreas Carlgren works at the Newman Institute, the first Jesuit University College in Sweden, developing an educational program in social science, with focus of environment and justice. He is also the Vice Chair of Stockholm Environment Institute, at the Board of the Gothenburg University, and an advisor to the think tank Global Challenge.

Mr Carlgren was the Minister of Environment of Sweden, 2006-2011. Global warming was a main issue during his term. He facilitated the negotiations at the UN-conference 2008 in Poland; leading to the operational start of the Adaptation Fund, and 2010 in Mexico to agree on keeping global temperature rise below 2 degrees Celsius. At the 2009 UN-conference in Copenhagen he was leading the EU environment ministers. He was one of the key ministers in the UN-negotiations on Biodiversity 2010 in Japan, resulting in the Nagoya Protocol on Genetic Resources.

Mr. Carlgren, once a teacher by profession after studies at the Stockholm University, has also been a Municipal Commissioner, Member of the Swedish Parliament – where he was as a member of the Committee on Education – as well as Director General of the Swedish Integration Board. Email: andreas.carlgren@newman.se

Title of Paper: “Deforestation and local property rights in the Himalayas”

Jean-Marie Baland is a Professor at the Department of Economics of the University of Namur. He belongs to the Center for Research on Development Economics (CRED). His research interests include the analysis of informal institutions in less developed economies and the consequences of poverty.

His most recent research projects include the impact and the sustainability of microcredit organizations (mainly in India); the economic impact of electoral corruption; the microeconomic determinants of the deforestation in the Himalaya and the analysis of solidarity networks in Africa. He has done fieldwork in the past on informal groups in the slum of Kibera in Kenya, on the functioning of land markets in Uganda, on deforestation in the Indian Himalayas and on self-help groups in India. Since 2009, he benefited from an ERC advanced grant in support of his research on Social Capital and informal contracts. Email: jean-marie.baland@fundp.ac.be 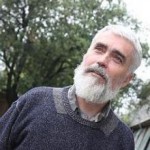 Peter Walpole, or Pedro, is a practitioner in sustainable environment and community land management in Southeast Asia. Today much of his work is in facilitating a greater understanding of the causes of landslides and flooding, as they occur in the Philippines, as well as in the Asia Pacific region. He continues to live with the Pulangiyen, an upland indigenous community in Bendum (Mindanao, Philippines), supporting multi-lingual education, peace, and ecological stability in the area. The Jesuit Conference of Asia Pacific (JCAP) appointed Pedro as Coordinator for Reconciliation with Creation. In these roles and venues, he continues to share his views about poverty reduction in forest lands, human security in protected areas, partnerships for local development, disaster risk reduction, social concerns in forest law enforcement and governance, climate justice, and indigenous peoples’ rights. Email: pedroecojcap@gmail.com 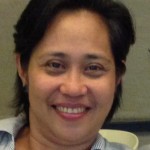 Title of Paper: “Value mapping, youth training and formation in a culture-based context”

Sylvia Miclat is currently the Executive Director of the Institute of Environmental Science for Social Change (ESSC), a Jesuit environmental research organization that works primarily with communities and local governments in natural resource management and planning. She also contributes to the communication of the institutional work through the online platforms Sustainability Science Philippines (http://sustainabilityscience.ph/) and Ecology and Jesuits in Communication (http://ecojesuit.com/). She has been with ESSC since 1998 and previously held positions in planning and programs management.

Sylvia has a degree in development communication from the University of the Philippines in Los Baños (UPLB) and further graduate studies in development management. Prior to her work with ESSC, she previously worked as editor and writer and study grants coordinator at the UPLB Office of the Vice Chancellor for Academic Affairs, as Press Officer at the Presidential Committee on Human Rights, as a researcher at Trends Research and Analysis, Inc, as a member of the development communication group of the Philippine Rural Reconstruction Movement, and as project officer with the Netherlands Organization for International Development Cooperation.

She lives in Quezon City with her husband Manding, three young adults who used to be small children, a dog, two cats, a small garden of plants and vegetables, and shelves of books struggling to be read in her spare time. Email: sylviamiclat@essc.org.ph